Bred and trained specifically for this role by Pacific Assistance Dogs Society (PADS), Dorado works with his primary handler, social worker Kathy Bourgeois, at the SeaStar Child and Youth Advocacy Centre Program. Together, they support children and youth who may have experienced trauma or abuse.

Dorado’s main job is to support kids in interviews when they come into the health centre. A trusted adult support is also often in attendance at these interviews.

“Both the child and the accompanying parent are going through an incredibly difficult time. Dorado reads the room and provides support, in whatever way he thinks is best,” Bourgeois says. “Sometimes he’s there as much for the parent as for the child. They may be experiencing feelings of incredible guilt, shame and failure; this is their worst nightmare.”

“They are trained to smell the cortisol release when you get stressed and are able to emit unconditional love and support,” says Angela Arra-Robar, Dorado’s secondary handler. “Studies have shown that connection with a dog will actually increase your oxytocin and your serotonin happy hormones and make you feel better.”

Because Dorado works with some of the most vulnerable members of society, he is tested on his discipline intensely. Bourgeois explains that boundaries are the foundations of his discipline and that her role is to pay close attention to boundaries so he doesn’t get stressed out.

“He is tested every year in order to maintain his accreditation so he can do this incredibly important job,” Bourgeois says. “In one of his tests, an instructor drops bacon on the floor in front of Dorado and must walk right through – which he does. That’s the level of discipline this job requires.”

Dorado is also accredited to be present in court when cases go to trial, only one of 29 dogs in Canada with that designation. 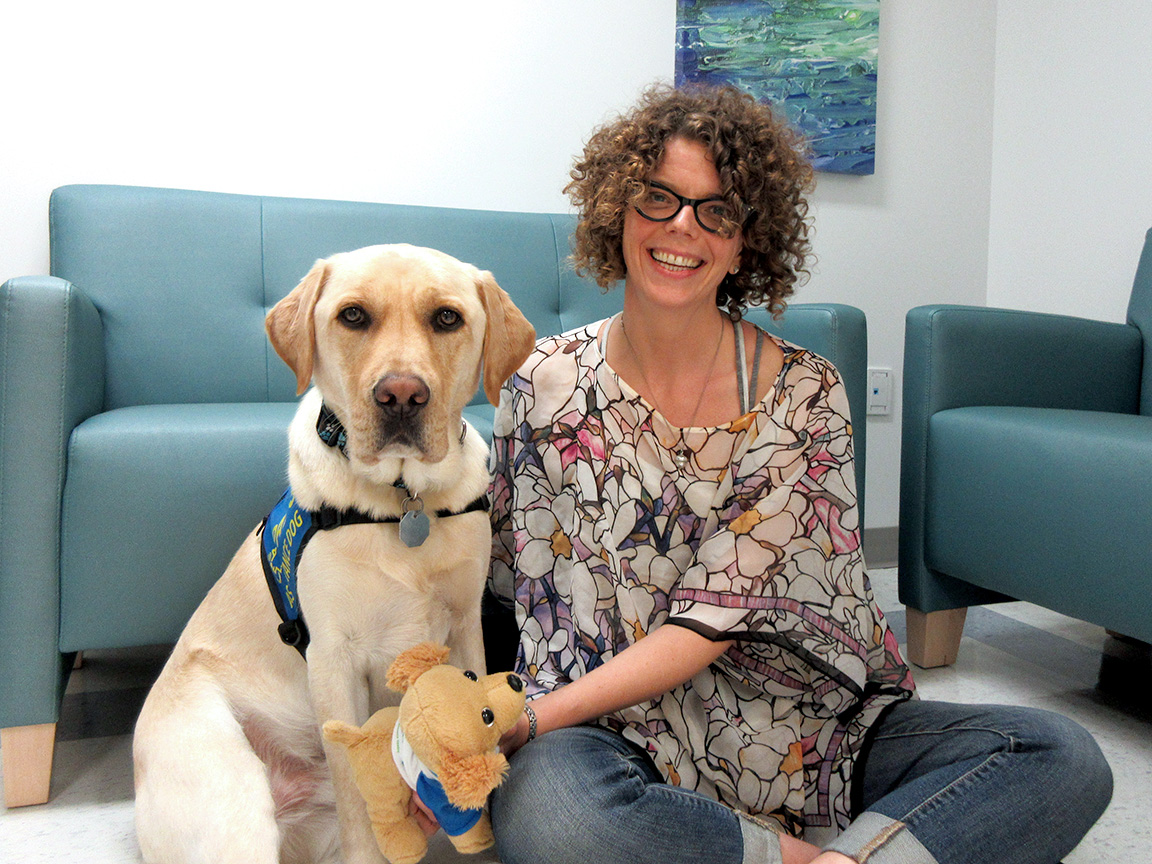